Contrary to what some folks may have been led to believe, top babes in London are not just those that seem to spend all their life planning the next party to attend and spending their hard earned cash on Aso Ebi and jewellery. Neither is it about the car they drive or whom they are married to. These ladies are achievers and achievers of excellence in their own chosen fields.

There are many hard working, professional women who have made their way into areas that would have been thought impossible for black people or black women 20 years ago. Such women are making waves, challenging the status quo and shattering the glass ceiling that has for long hung over black women in the UK.

Below are just 10 of such women.

Kate or Auntie Kate as she is fondly know as by many, came to the UK with her young kids after losing her husband as a young wife. She worked for many years as a midwife and then enrolled in University to study Law. She was elected Councillor in Enfield before becoming Mayor of the London Borough of Enfield in 2012. She is now contesting the Labour Party parliamentary seat in the upcoming May elections.

Kate is also Founder of African, Caribbean & Asian Women in Politics (FAWP) An organisation set up to encourage Black and Ethnic Minority women to get involved in politics and policy making processes. She is a community leader and takes keen and active interest in community initiatives.

Debbie left her job in Senior management with the Cabinet Office to start her Charity Organisation AFRUCA in the mid 90s. Her organisation with offices in London, Manchester, Kenya, Ghana and Nigeria has been responsible for securing the rescue of many young people trafficked into the UK from Africa for child slavery and prostitution and obtained successful prosecution of several child traffickers. She was awarded a Medal of The Order of he British Empire – OBE by Her Majesty Queen Elizabeth in 2012. 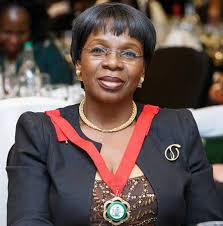 Anna Mbachu was elected Labour councillor in 2006 and then became Mayor of the London Borough of Waltham Forest in 2012 – the first black woman to hold the Office in that Borough. She is now the Deputy Leader of the Borough. Her daughter Whitney Iheanacho, at 19 years, is the youngest councillor in the UK. A practising clinician in the NHS, she is also the Chair of children and young people overview scrutiny in the area. Prior to her being elected councillor in 2006, she was the deputy Branch Chairman of the Labour party – the first black woman to hold the post.

Susan was a journalist with NTA Lagos before moving to the UK. She joined the Labour Party and later became councillor for Stoke Newington. In 2011, the University Of Ife graduate was elected the Mayor of London Borough of Hackney. A keen socio-political commentator and campaigner, she sits on the panel of many Organisations such as Finsbury Park Trust, Industrial Dwelling Society, London Housing Consortium and Hackney Homes. and in December 2014, was Chair of the launch of the All Progressive Parliamentary Group (APPG) Report on Nigeria at the House of Commons.

Lola Ayorinde, became the first black Mayor of the south London Borough of Wandsworth in May 1999.

Wandsworth, with a population of 266,000, is one of the most affluent boroughs in Britain and mostly populated by white Britons . Ayorinde was deputy Mayor between 1996 and 1997. Representing the Conservative Party, she served in various local committees. ”Becoming the Mayor of Wandsworth was beyond my wildest dreams,” Ayorinde had said. ”It was a cherished privilege and honour to serve’’. She has since relocated to Nigeria and has been involved in a social campaign to stop ritual practices associated with burial of monarchs in Yorubaland.

Tessy is the Chief Executive of the highly prestigious Diana Awards an organisation that was founded in honour of Princess Diana. Her current role is to lead the organisation providing its vision and values. Tessy is responsible for the overall management and strategic development of the Award. Before joining the Diana Award, Tessy worked in private sector firms IBM and Borders Books and Music. Tessy is also a deputy chair of governors at a local school and a trustee of two charities. 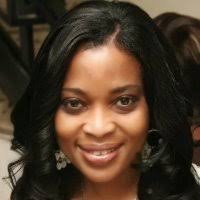 Liz Ikriko is a Solicitor Advocate of England and Wales, a Barrister and Solicitor of the Supreme Court of Nigeria.  After her first Degree at ABU Zaria, Liz came to the UK and enrolled in the London Metropolitan University where she did her second and Masters Degrees even qualifying for Law Doctoral candidature.

Liz is also the Events Director of the Miss Black Africa UK Pageant and Charity Awards – an organisation she Co-founded with her husband, Dele Onabowu. She is currently an Executive member of CANUK (Central Association of Nigerians in the UK) and a recipient of the Nigerian Centenary Awards UK 2014 Outstanding Nigerian Award.

In 1996 she was voted as the company’s 3rd annual Miss Go Give at seminar. The most prestigious and most coveted award; in all of Mary Kay worldwide. She has also earned many 5 stars all expenses paid trips to 18 countries around the world and has been rewarded by the company with numerous gifts and items of jewellery including diamonds worth thousands of pounds!

She has won many laurels with her unit and in the year 2002 she was crowned the UK’s Top Director. A position which she held, until December 2003 when she broke the belief carried and became the FIRST National Sales Director in the United Kingdom, She has been featured in numerous publications and appeared on both BEN and O.B.E. UK televisions.

Helen Grant is the UK Minister for Sport and Tourism. She is the Conservative MP for Maidstone and the Weald in Kent.

She was elected at the 2010 general election, replacing the constituency’s previous incumbent, Ann Widdecombe, who had decided to step down as an MP. Grant was the first black woman to be selected to defend a Tory seat and her election made her the Conservatives’ first female blackMP.

Grant was born in Willesden, North Londonto an English mother and Nigerianfather, but grew up in a single parent family after her parents separated and her father emigrated to the United States.She was raised in Carlislewher she lived on the city’s Rafflescouncil estatewith her mother. She however, has very little or no involvement at all with the Nigerian diasporan community and is not very commonly known as being Nigerian.

This University of Lagos Finance & Banking graduate is one of the pioneers of contemporary Venue styling in London. She left a managerial post with the NHS in 2010 to concentrate on her Events Venue Decorating business which she was already conducting on a part time basis.

She has trained and mentored many of the current Nigerian venue decorators in London and is one of the most sought after in the business. Her clients extend beyond the Nigerian community and outside of London

In 2013, she founded the International Women of Power Business Show and Co founded the Nigerian Events Awards UK with Jummy Ariyo & Tope Lawal (who has now left the organisation). She was a Committee Member and Executive of the Nigerian Centenary Awards UK.

From the Column “London Digest” by BaronessJ