I am giving a big shout out this week to all guys over the age of 40 who have managed to retain their youthfulness and kept their bodies well in shape. Many of these guys maintain their hot looks through regular exercise that was an alien idea to our fathers but for me, hotness goes beyond looks. Its also about attitude and how you relate to others. I know a lot of men in my world who all rightly come under this description but here is just a sample of them:

AJ as he is fondly known by many, is undoubtedly the Nigerian King Of Couture. AJ who clocked the BIG 5-0 last year, loves fashion and he loves to do fashion. Always dapperly donned, the Multi Awards Winning Designer always ever looks as good as the stunning frocks he designs. I love AJ cos he is surprisingly one of the most courteous, polite, charming down to earth celebs I have come across so far and for someone with his level of accomplishments and achievements, that is just so HOT! However, the only love that dwarfs his love for fashion is his love for Christ. AJ is a staunch and highly devoted Christian who has been known to perform impromptu Praise and Worship sessions at events. Top on my list of hotties.

This is the one I call “Cutie Mi” because Deoba Authentic is one of the cutest guys in the Naija London Entertainment Industry. A true confirmation that Great things come in small packages, Deoba is a Multi Award Winning Celebrity DJ, radio Presenter and Afro Soul Artist. Deoba loves his clothes and takes great pride in his looks which he grooms to perfection at all times.

Kehinde Bamgbose Davies is easily the tallest guy I have ever seen. Standing well over 7ft he dwarfs many men in his age bracket. But far from being tall in an awkwardish manner, KB Davies carries his height just like a male model. This Mentor, Life coach and Motivational speaker has talent, height and boyishly good looks to go with them.

Wale Ojo is a seasoned Film, TV and Stage actor. Most popularly known for the role of “Mr Adebanjo” from the British TV series “Meet The Adebanjo’s” and for stellar appearance in Nollywood movie “Phone Swap”. Wale, is a cool, charming forty something year old who still exudes his own quiet sexiness. 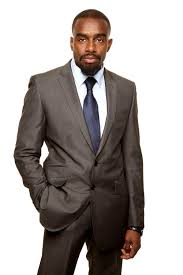 Eastenders. Many Nigerian women became firm fans of the show and of Charles as the BBC bosses never missed the opportunity of getting “Ray” to remove his shirt and tantalise us with those awesome pecs and taut abs. Charles also recently appeared in The Musketeers and Nollywood Movie 1897. He is a charming down to earth man who in spite of his major celebrity status always has the time to chat and relate with his fans.

Jydoski is one of those guys whose appeal hits you in the face like a wet towel. He exudes hottness on a top level – and the painful thing is that he knows it. Everything about him is carefully planned and calculated to enhance his natural beauty – from his accessories to his eye wears to his clothes And whether dressed up – or dressed down, Jide Afun Ogidan – simply oozes too much sexiness that will put many guys half his age to shame. Many married guys could learn a thing or two from him.

We had to travel across the border to find our next over 40 male hottie. Solar resides in Dublin but is a regular on the London social scene.

This tall, dark and deeply dimpled shipping consultant wins our medal and our heart for being so hot. His casual and effortless sophistication is helped because he is naturally endowed with a body that just about anything will sit well on.

Always smiling, ever charming Feyisara the African Entertainer knows how to disarm the ladies and that is mainly where his hotness lies. Maybe its the entertainer in him but he always seem to have the ladies flocking around him or maybe its the natural animal magnetism around him that just seems to draw everyone to him. He’s got a voice that will melt hardened butter and dance moves that will exhaust men half his age!

This list will not be complete without the guy with the Biggest Smile. Bayo Oyekan is London’s most notorious ladies man – and not because of his private antics. Bayo has a natural ability to draw women of any age to him as they are all his “sweetnesses” and this drives a lot of husbands and boyfriends crazy! Ladies just love Bayo and he has more women on his social media friends’ list than any other male on Facebook and he has been photographed with just as many ladies. He is a suave, sharp, sophisticated dresser and is always immaculately and beautifully turned out whether in traditional, casual or formal wear and even the occasional times you manage to get him in a tie! But there is just that something about our Bee.

From the Column “London Digest” by BaronessJ