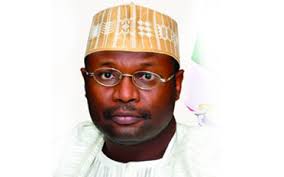 With 18 nominees already confirmed as Ministers of the Federal Republic of Nigeria, the Senate looks all set to determine the fate of the other nominees.

However, a source has alleged that some caucus of the PDP senators has vowed to withdraw their support for Senate President Bukola Saraki should he force Amaechi’s confirmation.

Meanwhile , the Senate has concluded the screening and confirmation of the INEC chairman and the five INEC commissioners.

Responding to questions by the Senators , the new INEC Chairman said

“I cannot be intimidated in the discharge of my duties. I have the character to do the right thing.There is going to be a difference in the next general election.”

Prof: Yakubu added “We have to work to ensure a level playing ground on access to

the media “Any nation that has no room for condemnation (criticism) is prone to failure.”