A London Court has registered a judgement delivered by a Nigerian court against the military following the bombardment of the Gbaramatu communities in Delta State by the Joint Military Task Force operating in the state in May 2009.

Justice Timothy Holroyde of the Queen’s Bench Division of the Royal High Court of Justice England and Wales, on January 18, acceded to the request of the communities to register the judgement which ordered the federal government to pay them N99 billion damages over the attack.

He however rejected the request by the communities to register the judgement against the president of Nigeria and the attorney general of the federation and minister of justice, who were the first and second defendants in the suit.

In their request, the communities had also sought to obtain a worldwide freezing injunction against the assets of the federal government.

According to Premium Tines, the Federal High Court, Asaba, Delta State, had ordered the federal government to pay the communities N99.9 billion damages for gross violation of their rights by the force then coordinated by Sarkin Yakin Bello, a retired major general.

Counsel to the communities, Selekeowei Larry, a Senior Advocate of Nigeria, filed the case.

However, two years after the judgement was delivered, the federal government neither complied nor appealed against it, forcing the communities to request the London Court to register it.

Before applying to the Queen Bench Division High Court of Justice‎ in London, to register the judgment, the communities wrote twice to the then Attorney General of the Federation, Mohammed Adoke, asking the government to comply with the judgment.

On May 5, 2009 the task force invaded Gbaramatu communities in Warri South West Local Government of Delta State killing and maiming residents and also destroying properties worth billions of naira. 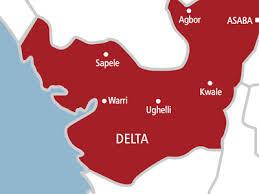 They however filed a suit at the Federal High Court in Asaba on June 22, 2009 against the president, the attorney general of the federation and Mr. Bello.

In the suit, the communities also asked the court to declare the bombardment unconstitutional and a gross violation of their rights.

Delivering the judgement, Justice Ibrahim Buba said the bombardment of the communities by the military resulting in the demolition/destruction of houses, household furniture/wares, boats, canoes, domestic animals and displacement of members of the communities “is in violation of section 217 (2)(c) of the 1999 constitution and is therefore unconstitutional.”

Mr. Buba added, “That the sum of N49 billion is awarded in favour of the plaintiffs as special damages against the defendants jointly severally.

“That the sum of N50 billion is also awarded as aggravated and punitive damages against the defendants jointly and severally for the unlawful bombardment and sacking of the plaintiffs’ communities which resulted in wanton destruction of their houses, household furniture and other wares, their domestic animals, canoes, boats, sacred places, artifacts etc and which resulted in total displacement of members of the communities for minimum of three months from 15th May 2009, the effect of which was that members of the communities were living in the swampy mangrove forests in subhuman conditions while others were in a concentration camp and suffered loss of income, disease, and mental torture and the education of their children of school age was disrupted.”

Someone should tell them that the government has since changed……