I came across this rather surprising compilation during one of my web searches and I decided to feature it mainly because of the names in the list. Apparently, being a celebrity is not limited to how good you look on camera or how much millions of $$ your last movie or album grossed. According to the list, many so called sex symbols are anything but sexy where it really matters – at least from the opinion of those who have been intimate with them. BE PREPARED TO BE SHOCKED BY MANY OF THEM PARTICULARLY THE LAST ONE

According to his ex-girlfriend Cyn Santana, Drake was “unimpressive” in bed and was obsessed with looking at himself in the mirror when they were together. She also accused him of being a selfish lover who only cared when HE was satisfied.

Taylor Swift has had a string of attractive boyfriends, such as Taylor Lautner, Jake Gyllenhaal, Joe Jonas, and Harry Styles.   But according to a source, the reason that One Direction’s Harry Styles broke up with Swift is because the only thing she ever wanted to do was kiss–and never wanted to take it any further. But that could be a spiritual thing…

According to a report published by Perez Hilton, Russell Brand didn’t enjoy having sex with with his ex-wife Katy Perry at all. He supposedly had to imagine that he was with someone else to do the deed. Doesn’t sound like much of a teenage dream to me.

Maybe Katy Perry isn’t the only one to blame. Russell Brand has spoken out about his former sex addiction at length, but even with all the practice, he might not be very good. According to Georgina Baillie, granddaughter of actor Andrew Sachs, Brand is “a disappointment” in bed and kept quoting her grandfather’s lines at her when they would hook up. Very creepy.. 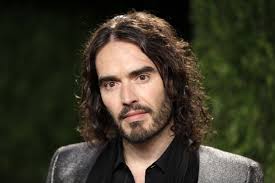 The smoldering Irish actor Colin Farrell may have dreamy good looks, but apparently it doesn’t show between the sheets. Woody Allen’s former au pair said she slept with the actor, and it was an unsatisfying experience that was over in about ten seconds, after which he immediately went to sleep.

Jennifer Aniston has had lots of hot partners, like Brad Pitt, John Mayer, and Justin Theroux.  However, some of her ex-partners have accused Aniston of being an “ice queen” who lays there and expects her partner to do all of the work, and that she despises intimacy in general and uses excuses to get out of sex.

Bradley Cooper was named People Magazine‘s Sexiest Man Alive in 2011. But one former lover say that title only applies to his looks, because he’s actually quite dull between the sheets. Apparently one of his romantic tricks is to spend the entire evening speaking in French–which the anonymous ex-flame described as being like hooking up with Pepe le Pew.

Nick Lachey’s ex-wife Jessica Simpson hits low when discussing her love life with her ex-husband. Simpson said, “Nick’s small package was a problem sometimes. Like the first time we had sex, to tell you the truth, I didn’t really feel much, I faked the whole thing, I really felt sorry for him, I still loved him though.”

Dancer Karinne Steffans, groupie to hip hop artists, claimed to have had sex with rapper Sean “P. Diddy” Combs. Steffans claims she told him he was one of the best, when really he was just average.

Paris Hilton’s ex-boyfriend, Nick Carter of Backstreet Boys fame, did not have nice things to say about her ability in the sack, even if her One Night in Paris sex tape seems to prove otherwise. Carter said, “She was a drunken prude who as far as I can see did not really like sex. She relied on drugs and drink to give her confidence in the bedroom and was more often than not too wasted to even perform. I lost count of the nights I had to pick her off the floor and drag her to bed passed out.”

Jennifer Lopez allegedly said that Ben Affleck wasn’t very interesting in bed. To top it off, his Armageddon co-star Michael Clarke Duncan said he “wasn’t that impressed” when he saw Affleck naked.

According to multiple former playmates Hugh Hefner’s entire lifestyle, built around sex, is mostly for show. Apparently it takes him forever to get into bed, and once he’s there, he lasts about two seconds. Izabella St. James said he “just lay there like a dead fish.” That’s a rumor you wouldn’t want on the centerfold of a magazine. 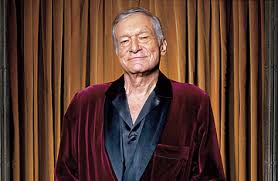 Kristen Cavallari and Brody Jenner openly hooked up on The Hills, but Cavallari was not impressed. She said that Jenner was too “vanilla” in bed and never did anything “outside the box.” He isn’t the only member of the Jenner-Kardashian crew who is supposedly bad in bed… 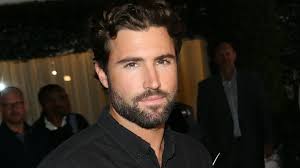 Rob Kardashian had a public and nasty split with singer Rita Ora in 2012. He lashed out at her, saying she had cheated on him with over twenty men….Ora’s response on Twitter? “Rob’s d**k was wack, I had to go get it somewhere else.” We’ll need some ice for that burn, please.

With as many women who came forward as having scandalous affairs with a married Tiger Woods, it had to at least be good, right? Apparently not. One of his flings, cocktail waitress Jaimee Grubbs, said he was “horrible in bed.” Guess he can’t make a hole-in-one.

Curtis “50 Cent” Jackson might be tough in his songs, but according to a former groupie, he’s a bore in bed who acts like he’s “scared of p***y.” The girl was unimpressed and gave him a 3 out of 10.

When several women came forward to confess to having affairs with bad boy Jesse James, then married to Sandra Bullock, it was assumed that maybe he was good at sex. Not so, according to model Brigitte Daguerre, who called him selfish and a “dud in bed.”

Model and dancer Karinne Steffans also claimed to have slept with basketball star Shaquille O’Neal. While Steffans said he “wasn’t bad” she did say that O’Neal kept apologizing for being awful in bed. Sounds like he needs a little more confidence.

The King had us all fooled with those hip gyrations and the curl of his beautiful smile. According to actress Natalie Wood, Elvis Presley “didn’t know how to screw.” There you have it, folks.

An anonymous groupie spoke out about hooking up with Young Jeezy to Baller Alert magazine. She said he was very boring, and that the only position he was interested in was missionary. The groupie also added that Jeezy is not very well-endowed.

Irish actor Stuart Townsend, who once dated Charlize Theron, isn’t known for being very interesting in bed. Apparently he didn’t have much chemistry with Theron. A friend of Theron’s said, “They had become more like brother and sister than lovers. It was she who ended it.”

Say it’s not so! One of the hottest men in the world is apparently not the best in bed, either. Juliette Lewis said sleeping with Brad Pitt was “no big deal” and emphasized the word “big.” And George Clooney once put a “Small Penis Onboard” sticker onto Pitt’s car. Ouch!!